Parody, pastiche and fakery is surely an indication of a genre’s ‘arrival’? We have to be aware of characteristic traits of, for example, observational documentary and docusoaps, for something like The Office to chime a chord. If that’s the case, then does the upcoming release of the film version of the not-so-truthful (auto)biography of dead Monty Python member Graham Chapman, A Liar’s Autobiography (first published as a book in 1980), help place animated documentary squarely on the documentary map? Perhaps. Although, while the film’s subject matter would clearly be nigh-on impossible to represent in live-action (bar resorting to undoubtedly lame reconstructions), I’m not sure it adopts many of the representational strategies seen in autobiographical animated docs such as Waltz with Bashir.

I didn’t love the film, which is a shame as I really wanted to. It lags in too many places and the humour is hit-and-miss. Yet, it does successfully inhabit the irreverent, anarchic-surrealist tone of the Monty Python ‘ouvre’ with plenty of bizarre digressions and a refusal to give the audience a linear narrative of Chapman’s life (the film is ‘narrated’ by Chapman, using an audio recording of him reading his ‘autobiography’ shortly prior to his death, so that might partly explain the gaps and emphases in the film). I’m also undecided how I feel about the schizophrenic animation style. The filmmakers recruited 14 different independent animation companies, which is a good thing for the UK animation industry, but not so great for the film’s cohesion. Still, there’s some great stuff in there including the two parts animated by London-based Sherbert: the Cameron Diaz-voiced Freud section using stop-motion 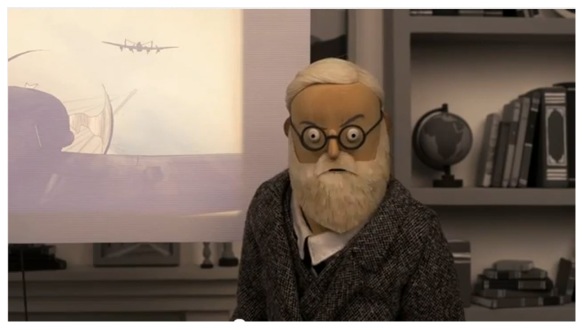 and the cel animation representation of Chapman’s Cambridge days 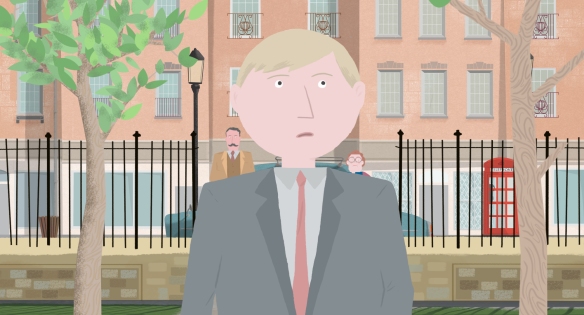